The USRA Science and Technology Institute (STI) works closely with the NASA Marshall Space Flight Center and the University of Alabama in Huntsville in efforts in Astronomy and Astrophysics, Earth Sciences, and Heliophysics research.  STI effort currently employs 27 full and part-time employees to this effort.  Dr. Linda Neergaard Parker was named the STI Director in June, 2019.

In FY20, STI completed the third year of a 5-year Cooperative Agreement with NASA Marshall.  This effort extends the continuous presence of USRA at MSFC that began in 1971 as the second effort undertaken by USRA (after the start of the Lunar Science Institute in 1969).  The work with Marshall encompasses many areas of basic and applied research occurring at Marshall, including SERVIR, SPoRT, Chandra X-ray Observatory, Fermi GBM, NASA Heliophysics, space weather research, and lightning research.  The STI portfolio also includes several PI led efforts in several public health related efforts. 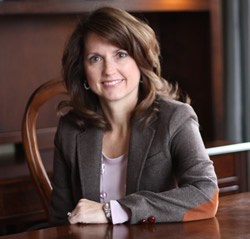 Director
Dr. Linda Neergaard Parker is the director of the Science and Technology Institute in Huntsville, AL.  She has been involved in the study of space environments and their effects of space technology since the beginning of her career.  Throughout her career, she has performed plasma and radiation environment and spacecraft charging analyses for many NASA missions including the International Space Station, JWST, Chandra, Orion, SLS, DISCOVR, LandSat, among others.

Linda Parker earned her Masters and PhD in physics from the University of Alabama in Huntsville where she studied particle acceleration at shocks in the inner heliosphere.  Her current research interests include particle acceleration, space weather, and auroral space environments.