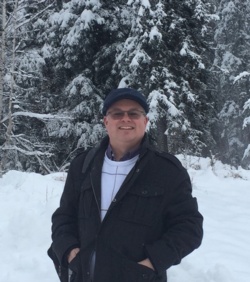 Dr. Clay Blankenship is a graduate of Auburn University (B.S., Physics) and Texas A&M University (M.S., Meteorology; Ph.D., Atmospheric Sciences).  His interest in meteorology began during a USRA college summer internship, where he launched radisondes and flew on a research aircraft in northeastern Canada.  His graduate research focused on satellite retrievals of water vapor profiles from microwave observations, and on using those observations for climate studies. Dr. Blankenship then spent time as a postdoc and then a research scientist at the Marine Meteorology Division of the Naval Research Laboratory in Monterey, California, concentrating on satellite data assimilation.  He joined USRA in 2007 and has worked on a number of research projects for SPoRT and other groups at NASA-MSFC.  His research interests include satellite meteorology, data assimilation, numerical weather prediction, land surface modeling, and streamflow.  Dr. Blankenship is currently PI on a project to study the impact of soil moisture data from the NASA Soil Moisture Active-Passive (SMAP) radiometer on land surface modeling and on weather forecasts.