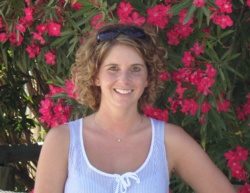 Emily Jones, PHR, SHRM-CP graduated from Faulkner University in 2004 with a Bachelor’s in Business Administration.  After attaining her degree, Emily accepted a position with QinetiQ North American (QNA) as a Human Resources Generalist.  During her time as a Human Resources Generalist with QNA, Emily obtained her Professional in Human Resources (PHR) certification in 2009.  In 2012, Emily accepted a position as a Human Resources Business Partner (HRBP) with Universities Space Research Association (USRA) working with the Science and Technology Institute (STI) in Huntsville, AL.  In 2015, Emily obtained her Society for Human Resource Management – Certified Professional (SHRM-CP) certification.  In 2016, Emily took over as the HRBP for the NASA Postdoctoral Program (NPP) that is administered by USRA.