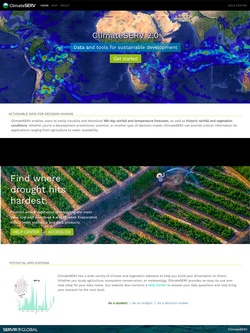 SERVIR (Spanish for to serve or to help) is a joint project between NASA and the US Agency for International Development (USAID). It works in partnership with regional institutions in the developing world with hubs in West Africa, Eastern and Southern Africa, Hindu Kush-Himalaya, the Lower Mekong, Central America, and South America.

To meet the program mission goals and truly connect outer space to remote villages in a very practical way, a team of USRA software engineers at the Science and Technology Institute in Huntsville, Alabama, have developed a new tool, ClimateSERV 2.0. This tool  helps regional scientists and policy makers across the world analyze patterns in rainfall, temperature, vegetation conditions and soil moisture occurring in their home districts.

ClimateSERV was created initially to help those in regions affected by very low internet connectivity, but evidence now suggests that researchers in developed regions are also taking full advantage of these services. ClimateSERV 2.0 offers easy access to statistics and visualization tools. Temporal and spatial subsets of the aforementioned variables can be readily downloaded. Examples include:

ClimateSERV is available through the application’s website, as well as through an application programming interface (API) and a specialized Python package built to query this API. This API allows third-party developers to use ClimateSERV data in their applications or workflows in an automated manner.

STI employees William Ashmall, Githika Tondapu, Alexandre Goberna, and Francisco Delgado, along with former employees Kris Santon, Roberto Fontanarosa, and Paul Lin have worked to build and operate the system since its early stages in 2013. This group constitutes the core of the Geospatial Information Technology (GIT) team at the SERVIR Science Coordination Office in Huntsville, Alabama. The GIT team collaborates with Earth scientists in the USA and participating regions to create and maintain software applications to deliver services derived from Earth observation data and models. 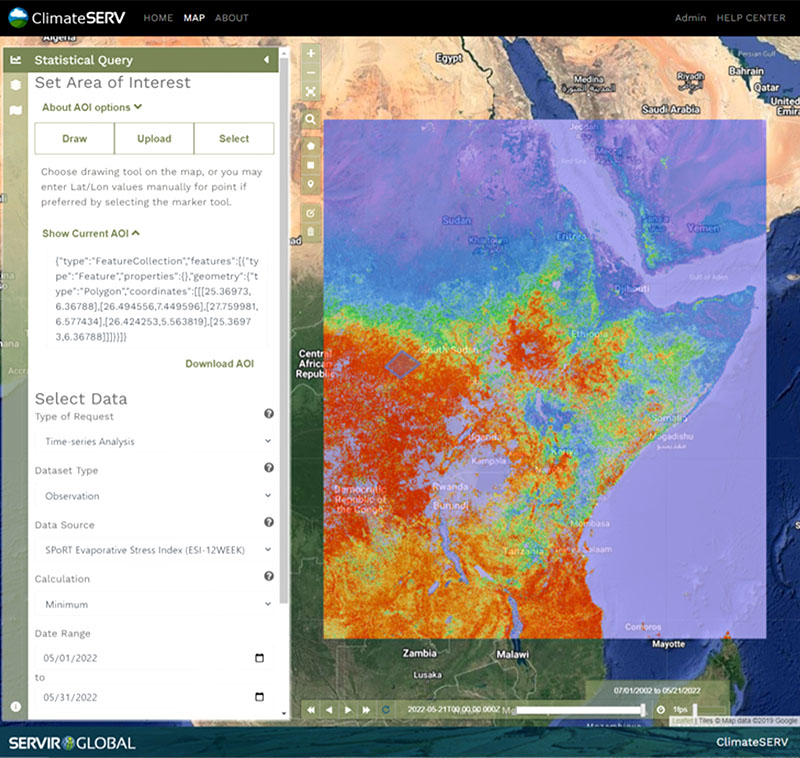