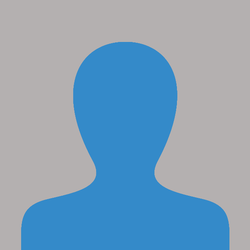 Eugene W. McCaul Jr. is a research scientist specializing in studies of convective storm morphology, dynamics and lightning, in the realms of both observational analyses and forecasting.  He received a Ph.D. in Meteorology from the University of Oklahoma in 1989.  He is currently affiliated with Universities Space Research Association's Science and Technology Institute, part of the Earth System Science Program within the National Space Science and Technology Center located in Huntsville, Alabama.

McCaul's dissertation work dealt with the special characteristics of tornadic severe storms occurring within landfalling tropical cyclones.  This work led him to develop a broader approach to understanding the behavior of severe storms across the full variety of possible environments.  After graduation, he continued this line of research as a postdoctoral fellow at the National Center for Atmospheric Research in Boulder, Colorado.  In late 1990, he accepted a research position with USRA in Huntsville.  Since then, his research has expanded to focus on assessing and forecasting the many diverse risks from thunderstorms in varying environments, with a recent emphasis on lightning forecasting.  He has also conducted numerical simulations of the systematic variations in morphology and intensity of deep convective storms as a function of their position within a generalized eight-dimensional parameter space.  The findings from this work are summarized at http://sti.usra.edu/COMPASS.  He has authored more than 50 published papers, and has been an invited speaker at several meetings.  He also has served as an associate editor for Monthly Weather Review, and as an advisor and adjunct professor at the University of Alabama in Huntsville.  His photograph of a Texas tornado was awarded first prize in the "Weather" category of the 2008 Windland Smith Rice International Awards Competition sponsored by Nature's Best Photography Magazine.