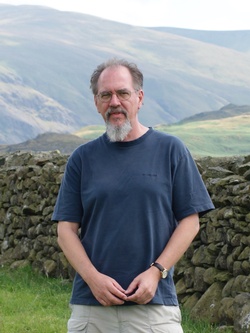 Dr. Doug Swartz is a Principal Research Scientist with nearly 30 years involvement within the X-ray Astrophysics Group at the Marshall Space Flight Center. He joined USRA in 1995. He is currently the Assistant Project Scientist for the Chandra X-ray Observatory, one of NASA's Great Observatories, and he recently served as Deputy Study Scientist for the Lynx X-ray Observatory Concept Study submitted to the Astro2020 Decadal Survey. Lynx is designed to be NASA's next flagship X-ray mission.

Swartz's research includes observations and theory of the structure and evolution of galaxies, in particular, the role of Ultra-Luminous X-ray sources among the population of X-ray binaries in nearby galaxies. His interests and experience also include supernova theory and simulation, stellar evolution, computational astrophysics, and radiative transfer.

Within the X-ray group, his duties also include astrophysical data reduction and interpretation and instrument calibration in support of the group's numerous X-ray optics development projects. Currently, these include the ART-XC mission, part of the Spectrum-Roentgen-Gamma joint Russian-German satellite, and IXPE, the Imaging X-ray Polarimetry Explorer, a SMEX mission built and managed by MSFC that launched in December 2021 on a two-year baseline mission.