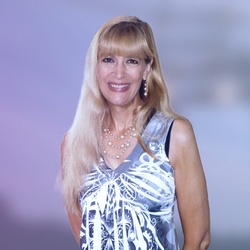 Dr. Joan Schmelz is the director of the Science and Technology Institute and the NASA Postdoctoral Program at Universities Space Research Association (USRA). She was the Associate Director for Science and Public Outreach at SOFIA, the Stratospheric Observatory for Infrared Astronomy (2018-19), and the deputy director of the Arecibo Observatory in Puerto Rico (2015-18). She was a program officer for the National Science Foundation's Division of Astronomical Sciences (2013-15) and a professor at University of Memphis for over 20 years. Her research involves observations of solar coronal loops and developing constraints for coronal heating models. Schmelz has published papers on a variety of astronomical topics including magnetic fields, gas dynamics, and physical properties in stars, galaxies, interstellar matter, and the Sun using data from ground- and space-based telescopes at (almost) every band of the spectrum. She is the chair of USRA’s Diversity, Equity, and Inclusion Committee, a former Vice President of the American Astronomical Society, and a former chair of the Committee on the Status of Women in Astronomy. She won a teaching award from Rensselaer Polytechnic Institute, a service award from Gallaudet University, and a research award from the University of Memphis. She gives talks and writes articles on topics such as unconscious bias, stereotype threat, and the gender gap. She was honored in 2015 as one of Nature’s top ten people who made a difference in science for her work fighting sexual harassment.