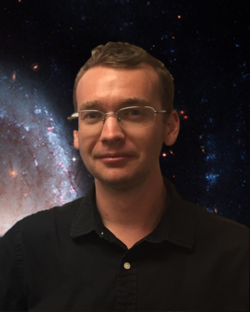 Oliver joined USRA in 2017 and currently works on developing, characterizing and testing X-ray optics within the X-ray Astronomy group at Marshall Space Flight Center. Additionally, he works on gamma-ray instrumentation development for enterprising NASA missions. He was briefly an NPP fellow within the Gamma-ray Astronomy group working with the Fermi Gamma-ray Burst Monitor and prior to that, had several post-doc positions in Ireland and the UK. His scientific interests range from the small (nuclear structure physics and radiation detection) to the large (study of astrophysical and geophysical transients). He holds several awards, including the Bruno Rossi prize as a Fermi-GBM team member. A passionate Welshman, he is a keen follower of rugby and a musician. Additional hobbies include getting lost on mountains, running in circles and co-hosting Astronomy on Tap in Huntsville in what spare time he has.