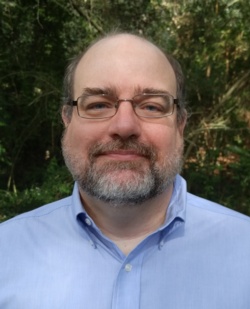 Bill Cleveland graduated from Auburn University in 2005 with a BS in Software Engineering. He started his career with USRA as an intern in 2003 and became a full-time employee upon his graduation.

He’s a member of the Gamma-ray Burst Monitor (GBM) team since 2007 where he develops and maintains the ground software used to create and manage the data products generated from the mission. Bill also designs and develops new methods for storing, distributing, and examining scientific data, and works closely with scientists and operations staff to help the mission find new objectives and further its goals. Bill is also a member of the Imaging X-ray Polarimetry Explorer (IXPE) mission where he is helping to design and develop the ground software used by its Science Operations Center (IXPE-SOC).

Bill Cleveland was presented a Golden Eagle Award from NASA MSFC on September 20, 2018 for his efforts to bring Fermi GBM back online during a spacecraft anomaly. Bill was presented the 2018 Bruno Rossi Prize as a member of the Fermi GBM team for the discovery of gamma rays coincident with a neutron-star-merger-gravitational-wave event. The main award was given to the P.I. Colleen Wilson-Hodge with member awards presented at a later date.